Is there Interest in a Social Security Bridge? 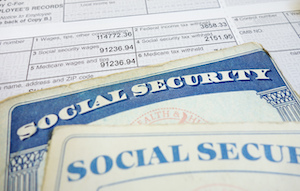 An important retirement-related concern is whether savings will be adequate for the lifespan of a retiree. Annuities are one way some seek to provide a source of lifetime income; however, as a recent study notes, there is reluctance to use them. That study suggests that one answer may be a Social Security “bridge” option within a 401(k) plan and measures interest in such a strategy.

A bridge strategy, say Alicia H. Munnell and Gal Wettstein in “Would 401(k) Participants Use a Social Security ‘Bridge’ Option?,” entails using 401(k) assets to pay an amount equivalent to Social Security benefits, thus allowing retirees to delay claiming benefits and as a result eventually receive higher monthly payments. Munnell is Director of the Center for Retirement Research at Boston College and Gal Wettstein is a senior research economist with the Center for Retirement Research at Boston College.  A bridge strategy could involve employers distributing payments to retirees from their 401(k)s equivalent to the Social Security benefits they would receive if they claimed them. Those payments would continue either until the funds set aside for that purpose ran out, or until a retiree reaches age 70.

Munnell and Wettstein say that there is “substantial” potential to enhance annuity income through Social Security, and cite Social Security Administration data that says that most retirees claim Social Security before full retirement age and further that approximately 95% do so before age 70.

Nonetheless, they say, research shows that there has been “very limited” adoption of a bridge strategy. Munnell and Wettstein cite a variety of reasons individuals may have for not pursuing one, such as:

They add that it also is possible that individuals may retire with little attention to the effect doing so at a particular age will have on annuitized income.

Munnell and Wettstein discuss a study conducted to gauge interest into a bridge strategy. It sought the views of a sample of the relevant population regarding whether framing a Social Security bridge as insurance and making it a default would affect interest in such a strategy.

Participants were asked whether they would use an employer-provided “bridge” plan that would automatically pay them, when they retire, an amount out of their 401(k) balances equal to the Social Security payments they had delayed receiving—thus enabling them to delay claiming Social Security benefits and receive additional lifetime income indexed for inflation.

Researchers found, Munnell and Wettstein say, that “a substantial minority”—approximately one-third—of survey participants would use a bridge strategy. Both approaches, they say, “substantially increase” projected Social Security benefits—and “had a meaningful impact” on how funds are allocated to the bridge. Framing would increase the share of assets allocated to such a purpose, according to the study, but default would be more effective still.

Framing. Munnell and Wettstein write that framing the choice as one of insurance as opposed to investment increased allocations to the bridge by 4.8 percentage points, and increased projected monthly Social Security benefits by almost 5%.

Default. Munnell and Wettstein say that according to the study, an arrangement in which participants enter a bridge by default increased allocations by 20.4 percentage points, and increase monthly Social Security benefits more than 9%.

Munnell and Wettstein argue that education also plays a role in making a bridge strategy more attractive. They say that not appreciating the insurance value of annuity income can lead to reluctance to allocate some 401(k) funds in order to increase monthly benefits. Munnell and Wettstein suggest that education can heighten understanding that annuitized income can help insure that one does not outlive one’s financial resources—thus increasing the attractiveness of the bridge option.

Munnell and Wettstein report that the researchers found that interest about the bridge option was somewhat higher among individuals who learned more about it, and found greater likelihood that the bridge would be used by participants who thought they understood it best. However, Munnell and Wettstein also report that the study showed that simply explaining the bridge in greater detail did not significantly affect the amount of assets participants wanted to allocate.

Further, they write that misunderstanding annuities impedes their wider adoption. Even something as simple as just explaining the advantages and disadvantages of insurance versus investments can result in substantially greater adoption, at least in the context of the bridge strategy. And that, Munnell and Wettstein contend, could spell “meaningful differences” in lifetime income.