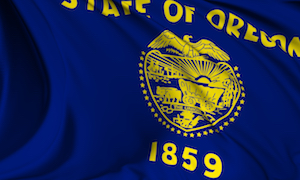 OregonSaves, the state-run program which provides employees in the Beaver State with retirement benefits if their employers do not, was the first such program to begin operating in the United States. A recent study assessed how well it is doing, and researchers have some good news for its advocates.

In “Understanding Retirement Plan Default Behavior: The Case of OregonSaves,” a study conducted by the Michigan Retirement Disability Research Center of the University of Michigan, four researchers analyzed participation choices, account balances and money going in and out of the program by looking at the program’s administrative records covering the period August 2018 through April 2020. The researchers were John Chalmers, Abbott Keller Professor of Finance, University of Oregon; Olivia S. Mitchell, International Foundation of Employee Benefit Plans Professor, University of Pennsylvania; Jonathan Reuter, Associate Professor of Finance, Boston College; and Mingli Zhong, Applied Economics Doctoral Student, University of Pennsylvania. OregonSaves employer registration came in waves. The phased-in registration deadlines were Nov. 15, 2017 for employers with 50 or more employees, Dec. 15, 2018 for those with 20-49 employees, May 15, 2019 for those with 10-19, and Nov. 15, 2019 for those with five to nine employees. Employers with four or fewer employees will be required to register in 2022.

The Michigan study says that for small and medium-sized employers that participate in OregonSaves, estimated average after-tax earnings are $2,365 per month. The typical participating employee, the researchers say, works in an industry with low wages and high turnover. The turnover rates, they say, are 38.2% per year, and employee turnover was highest among younger employees.

By April 2020, 67,731 OregonSaves accounts—containing just over $51 million—had positive account balances, say the researchers. The average balance, they say, was $754, but with considerable variation; younger workers accumulated the fewest assets because of their higher job turnover. Researchers say that 34.3% of employees had positive account balances in April 2020, and that that “is comparable to the marginal increase in participation at larger firms in the private sector.”

OregonSaves is especially beneficial to lower-income people, the study says. The researchers found that assuming that an employee has steady employment, the average implied annual after-tax income of a participating employee is $28,378—slightly more than half of the $54,129 national average.

The program allows employees to opt out, and according to the researchers they are taking advantage of that. They say that by April 2020, the implied participation rate was 59.5%. Employees in larger firms have been less apt to opt out, the study says—and in perhaps a hopeful sign, younger employees also are less likely to do so.