The law firm of Capozzi Adler, P.C. has found another 401(k) plan to sue—and this one’s a multiple employer plan.

And while the plan in question was a multiple employer plan[1]—that seemed largely incidental to the allegations made. 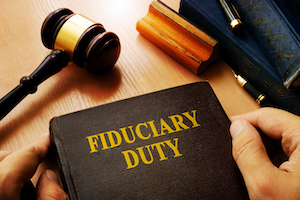 The plan—more specifically the plan fiduciaries—targeted are those of Nextep, Inc., a Professional Employer Organization (PEO), as well as the firm’s board of directors, the investment committee, and members of that committee. The plaintiffs here are Brian Loomis, Jason Boyer and Daniel W. Kilday, represented by the aforementioned law firm of Capozzi Adler,[2] a firm that has been quite active in this space in recent months, including vying for representation in a class action suit filed against Pentegra’s MEP (only to lose out to Schlichter Bogard & Denton LLP).

The plan in question is smaller than most targeted in such actions;[3] at the end of 2018 and 2019, $204 million and $283 million, respectively, for the benefit of some 5,000 participants. At a high level, the suit alleges that the defendants breached their fiduciary duties by:

1. failing to objectively and adequately review the Plan’s investment portfolio with due care to ensure that each investment option was prudent, in terms of cost;
2. maintaining certain funds in the Plan despite the availability of identical or similar investment options with lower costs and/or better performance histories; and
3. failing to control the Plan’s administrative and recordkeeping costs.
Actions (or, in some cases, non-actions) that the plaintiffs claim were “contrary to actions of a reasonable fiduciary and cost the Plan and its participants millions of dollars.”

While the allegations made in the suit filed in the Western District of Oklahoma (Loomis v. Nextep Inc., W.D. Okla., No. 5:21-cv-00199, complaint 3/10/21) were largely framed against ERISA’s standards, this suit referenced the plan’s investment policy statement (IPS) has having established specific standards of conduct to which the fiduciaries had embraced, specifically that “the Committee must monitor plan costs and investment performance at least quarterly,” and must “select investments for the Plan based on total expenses charged to the participants in the plan including but not limited to the net operating expense ratio, rule 12b- l, and sub transfer agent fees that may or may not be paid to any entity providing services to the Plan.” Moreover, the suit claims that in addition to monitoring expenses, the Committee was “…also supposedly required to monitor the performance of each fund quarterly and replace any funds that underperform their peers.”

Another new claim—the suit notes that the committee here relied on Envestnet for investment selection an monitoring—but that “In this case, the Committee’s use of Envestnet’s services failed to result in a menu of available funds that that were in the best interests of Plan participants.” The suit goes on to acknowledge that “although Envestnet is a relevant party and has information relevant to this action, it is not named as a defendant given that Nextep, the Board and the Committee ultimately remain responsible for the selection and monitoring of all investment options. Nonetheless, Plaintiffs reserve the right to name Envestnet as a defendant in the future if deemed necessary.”

As for those funds, the suit claims that out of the 29 funds in the Plan in 2019, 27 of them or 93%, remained unchanged since 2015. “Failure to remove or change imprudent funds to less expensive share classes or cheaper cost structures over the course of several years is a clear indication that Defendants were not monitoring the Plan’s funds as they should have been,” the suit claims.

Too Little, Too Late?

That said, the suit admits that “It appears that in 2020, five years into the Class Period, some changes were made to the Plan wherein certain Plan investment options, some of which are the subject of this lawsuit, were either converted to lower class shares or eliminated unnecessary fees.” However, it describes those changes as “far too little and too late as the damages suffered by Plan participants to that point had already been baked in. There is no reason to not have implemented these changes by the start of the Class Period when the majority of lower-class shares were available.”

All in all, and consistent with excessive fee litigation allegations, this suit notes that “as a direct and proximate result of the breaches of fiduciary duties alleged herein, the Plan suffered millions of dollars of losses due to excessive costs and lower net investment returns. Had Defendants complied with their fiduciary obligations, the Plan would not have suffered these losses, and the Plan’s participants would have had more money available to them for their retirement.”
Monitor ‘Ring’?

However, the allegations didn’t end there—recalling that the “Monitoring Defendants” are also parties, the suit states that they “had a duty to ensure that the Committee possessed the needed qualifications and experience to carry out its duties; had adequate financial resources and information; maintained adequate records of the information on which it based its decisions and analysis with respect to the Plan’s investments; and reported regularly to the Monitoring Defendants.”

That said, the suit states that these Monitoring Defendants “breached their fiduciary monitoring duties by, among other things:

1. failing to monitor and evaluate the performance of the Committee or have a system in place for doing so, standing idly by as the Plan suffered significant losses as a result of the Committee’s imprudent actions and omissions;
2. failing to monitor the processes by which the Plan’s investments were evaluated and the Committee’s failure to investigate the availability of identical lower-cost funds; and
3. failing to remove the Committee as a fiduciary whose performance was inadequate in that it continued to maintain imprudent, excessively costly, and poorly performing investments within the Plan, and caused the Plan to pay excessive recordkeeping fees, all to the detriment of the Plan and the retirement savings of the Plan’s participants.

NOTE: In litigation there are always (at least) two sides to every story. However factual it may turn out to be, the initial lawsuit in any action is only one side, and one generally crafted toward a particular result. In our coverage you'll see descriptions of events qualified with statements such as “the suit says,” or “the plaintiffs allege”—and qualifiers should serve as a reminder of that reality.

[1] Easy to overlook, MEPs have actually been with us for some time, more in the headlines of late due to the SECURE Act’s Pooled Employer Plan (PEP) version. They’ve also found themselves in the sights of the plaintiffs’ bar of late—no doubt at least partially because they’ve proven to be good asset aggregators, with suits targeting MEPs sponsored by Pentegra ($1.9 billion), ADP ($4.4 billion), Wood Group Management Services ($2.4 billion), and the Coca-Cola Bottlers’ Association 401(k) Retirement Savings Plan ($800 million)