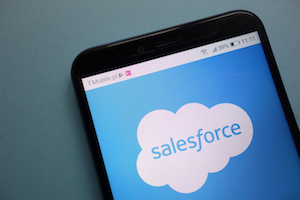 In the first ruling since the Supreme Court’s Hughes v. Northwestern University decision, an appellate court has resurrected a plaintiffs’ case in an excessive fee case that had been rejected at the district court level.

Now, in fairness, the decision (Davis v. Salesforce.com, Inc., 9th Cir., No. 21-15867, unpublished 4/8/22) by the U.S. Court of Appeals for the Ninth Circuit made no reference to the Supreme Court’s recent ruling, and its decision didn’t seem to hinge on that ruling. Instead the unpublished five-page opinion basically leaned on a fairly common adjudication standard: that the allegations made by the party who is not seeking dismissal be accepted as true, so long as they are plausible.

The suit in this situation involved the $2 billion 401(k) of SalesForce—a suit brought by participants Tim Davis, Gregor Miguel, and Amanda Bredlow—represented by Capozzi Adler PC and Rosman & Germain LLP. They claimed, as is typical for this genre, that the plan fiduciaries “breached their fiduciary duty of prudence by selecting and retaining investment options with high costs relative to other, comparable investments,” that the “Committee Defendants breached their fiduciary duty of loyalty, in that some of the funds’ ‘investment managers own a portion of [Salesforce],’” and that the Board, Benioff, and Salesforce breached their fiduciary monitoring duty by failing to adequately monitor the Committee Defendants.

The suit was dismissed in October 2020 by U.S. District Judge Maxine M. Chesney, who gave the plaintiffs leave to amend their claims—only to dismiss them again about a year ago. The plaintiffs appealed again last May.

However, in this unpublished opinion, the Ninth Circuit repeatedly commented on the various points alleged that “accepting the allegations in the first amended complaint as true, as we must, plaintiffs have stated a plausible claim”:

They also acknowledged that while the Salesforce defendants explained that an R6 class did not include revenue sharing, “which explains why that class of shares had a lower expense ratio than the R5 class, and thus provides an obvious alternative explanation for why defendants offered beneficiaries the R5 class rather than the R6 class”… and that while “that explanation is plausible, and defendants may well be able to substantiate it at the summary judgment stage,” the “judicially noticed documents on which defendants rely to support their argument are not sufficient at the pleading stage to render plaintiffs’ facially plausible allegations inadequate.”

Essentially, citing precedent, they explained that, “If there are two alternative explanations, one advanced by defendant and the other advanced by plaintiff, both of which are plausible, plaintiff’s complaint survives a motion to dismiss under Rule 12(b)(6).”

As for whether “regulatory regimes governing mutual funds and collective investment trusts justified defendants’ delay in making the switch earlier is itself a factual issue that cannot be resolved at the pleading stage.”

Interestingly enough, one point on which the appellate court aligned with the district court’s assessment, agreeing that “plaintiffs have not plausibly alleged that defendants breached the duty of prudence by failing to adequately consider passively managed mutual fund alternatives to the actively managed funds offered by the plan.”